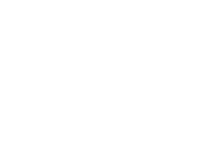 The U.S. Supreme Court on Tuesday stopped the once-a-decade head count of every U.S. resident from continuing through the end of October.

President Donald Trump’s administration had asked the nation’s high court to suspend a district court’s order permitting the 2020 census to continue through the end of the month. The Trump administration argued that the head count needed to end immediately so the U.S. Census Bureau had enough time to crunch the numbers before a congressionally mandated year-end deadline for turning in figures used for deciding how many congressional seats each state gets.

The census determines how many congressional seats and Electoral College votes each state gets and how $1.5 trillion in federal funding is distributed each year.

As of Tuesday, 99.7% of households nationwide had been counted, a figure that surpassed the completion rate in 2010, according to the Census Bureau.

For more information, visit the US Census Bureau’s website.